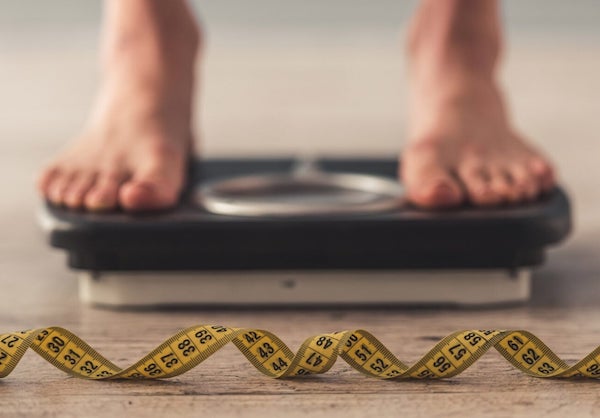 Turn off the ancient mechanism that once protected us, but now makes us fat

I’ve been reading again, this time “Nature Wants Us to Be Fat” by researcher Richard J. Johnson, MD. Wow! What a book. For me it opened up a wealth of understanding of how ordinary things we are doing have turned us into hibernating bears – only we don’t hibernate. That’s the problem. But hang on, this book also shares how we can easily turn that around.

Johnson did research to find out not only how we get fat, but why. And to do so, he looked into evolutionary changes in humans and apes. Millions of years ago, primates faced massive climate change that increased chances of starvation, dehydration, and even lowered oxygen. Over time, all primates evolved to develop a survival switch, one that essentially makes us have metabolic syndrome. Yes, makes us have higher blood pressure, insulin resistance, higher triglycerides, slower metabolism, and store fat. Oh, and stay hungry all the time.

Why on earth would it do that? Because if you are insulin resistant more glucose stays in your blood and is available to the brain, not muscles. Higher triglycerides, increased fat storage (including fatty liver), and a slower metabolism allow you to retain as much of your meager food supplies as possible as stored energy. And high blood pressure? It ensures the brain and body have ample blood supply when water supplies are low. Being hungry? You’ll keep looking for food.

Yes, for a starving animal or a hibernating bear, metabolic syndrome is beneficial. It allows that bear to store enough fat to supply adequate nutrition and water, since fat releases water when broken down, to keep it alive during winter months while it is immobile.

But we are not preparing to hibernate, and we’re certainly not starving. How are we turning on this switch?

Turns out that bears activate this switch by eating lots of fruit, not to mention honey. Bears eat up to 90 pounds of food daily during this time. Fruit, especially ripe fruit in the fall, delivers an overload of fruit sugar, specifically fructose. Flooding their system with fructose not only helps them get fat, it turns on a pathway that allows them to make even more fructose in their own bodies. And that kicks metabolic syndrome into overdrive, allowing them to gain easily 10 pounds a day.

Americans obviously don’t eat that much fruit in our diets, but we do ingest a lot of fructose in sugary sodas, snacks, pastries, etc. Remember, table sugar (sucrose) is half glucose and half fructose. In the 1970s, high-fructose corn syrup (HFCS) entered our diets, and it commonly contains an even higher percentage of fructose to glucose. And we keep eating more sweets. While in the ‘70s Americans consumed about 95 pounds of sugar per year, by 2000 that number was 130 pounds per person per year!

Worse yet, fructose is not the only thing that can turn on our survival switch. It also gets turned on any time glucose is high (the body can convert glucose to fructose), the body is dehydrated, blood pressure is low, oxygen is low (high altitudes), or uric acid levels are high. (Uric acid levels are increased by high glucose or fructose intake and by ingesting high levels of purines, commonly found in shellfish, organ meats, red meat, and alcohol.)

Johnson states it this way: “While sugar and HFCS are the dominant foods that turn on the survival switch, it can also be activated by high-glycemic carbohydrates, salty foods, and umami foods.” The high-glycemic carbohydrates are included because they are metabolized into sugar, salty foods because they dehydrate the body, and umami foods – foods high in glutamate or the nucleotides AMP (adenosine monophosphate) and IMP (inosine monophosphate) – because they encourage the production of uric acid.

OK, that was a mouthful, and a little distressing. Sugars, high-glycemic carbs, salty foods, and umami foods can turn on our survival switch, which turns on metabolic syndrome. How do we turn this around? How difficult is this going to be?

Turns out, it’s really not that bad. In fact, it can be easier than the popular very low-carb or ketogenic diets. Here’s what Johnson suggests:

Obviously, limit sugar and fructose. Cut out all sugary drinks. (Getting sugar in drinks will make you fat faster than eating sugar because liquids quickly dump a higher concentration of fructose to the liver. Digestion takes longer and concentrations never get as high.) He suggests eating no dried fruits, because of the concentrated sugar, but eating reasonably sized portions of most whole fruit is fine. Just limit the really high-fructose fruits like figs, mango, and raisins. If you must eat them, eat them slowly. It’s the liver getting hit with a lot of fructose in a short period of time that’s the worst culprit.

Eat your veggies. While vegetables do contain some fructose, Johnson says it’s not enough to be worried about. Plus, veggies contain lots of beneficial antioxidants.

Eliminate all sugary drinks. This bears repeating. Again, liquid sugar is worse than eating sugar because it hits the liver faster with a larger concentration of fructose.

Be careful with sugar substitutes. Avoid sorbitol and tagatose as they directly turn on the survival switch. Johnson dislikes aspartame and advantame because when broken down they produce methanol, a toxic substance. Currently he prefers sucralose, stevia, or malitol. Johnson notes that allulose, which does not activate the survival switch, may be a good choice, but he’d like to see more long-term studies on safety as it is largely excreted through the kidney. (While Johnson does not mention this, a quick Google search revealed that some studies indicate xylitol may raise uric acid, so it’s also a questionable choice.) One final note, since any sweet taste can leave you still craving sweets, it might be beneficial to avoid all sweeteners for a couple of weeks to help reset cravings.

Avoid all high-glycemic load carbs: That includes potatoes, white rice, white bread, chips, etc. (You can find a more complete list under Resources at the end of this article.)  A key point here is he’s not limiting you to the 20-50 grams of carbs daily that ketogenic diets do, and he’s allowing more than most low-carb diets. He’s just limiting the carbs that mainline into sugar.

Limit alcohol: Alcohol raises uric acid levels. Beer is especially problematic as it contains alcohol and yeast, both of which raise uric acid.

Limit your salt intake: Because dehydration can turn on the survival switch, Johnson recommends no more than 5-6 grams of salt daily (that computes to about 2,000-2,400 mg of sodium). (Cool tip: If you are going to eat a salty meal, drink water with it. That dilutes the salt concentration and can avoid turning on the switch.)

Drink coffee: Coffee blocks the formation of uric acid. And dairy products appear to reduce uric acid levels, so your coffee doesn’t have to be black. (YAY!)

Drink green tea or consider an epigallocatechin (EGCG) supplement: Green tea contains EGCG, which may improve mitochondrial function. (One of the ways the survival switch slows your metabolism is to cause oxidative damage in the mitochondria, the energy engine of every cell.)

Drink water daily: Because dehydration can trigger the survival switch, Johnson recommends drinking six to eight 8 oz. glasses of water daily. (It turns out the old adage really does have health benefits!)

Exercise regularly: Yes, you knew this one was coming. Johnson recommends aerobic exercise because it can improve mitochondrial function and increase their numbers. This is done best while doing aerobics at a pace that is called Zone 2. As Johnson describes it, it’s a pace where you can hold a conversation, but with some degree of difficulty. If you can speak easily, you’re going too slow; if you can’t maintain a conversation, you’re going too fast. One other tip, if you exercise before you eat in the morning, you’ll burn more fat than if you exercise after eating. Now comes the bitter truth: Johnson recommends one hour, three to four times a week, of Zone 2 exercise.

One final tip: While switching to eating only low-glycemic-index carbs, it might actually be easier to go very low carb for the first two weeks and to eliminate any kind of sweeteners. While it’s a miserable two weeks, that time allows your body to reset your ability to process/manufacture fructose, lessen hunger signals, AND minimize cravings for sweets. (I can personally attest this is true. Those two weeks were not fun, but the other side is amazingly free from sweetie attacks. That said, I’m not giving up my daily one-ounce of dark chocolate!)

I should add, too, that obviously one could make a case that there are other factors involved in why we get fat. Even Johnson admits that. But the point here is that this is a very fundamental pathway, one that nature developed to help protect us from dangers that largely don’t exist anymore, at least not in the U.S. The trick is for us to appreciate how this situation came to be, then learn to make it work for us, not against us.

“Nature Wants Us to Be Fat,” by Richard J. Johnson, MD 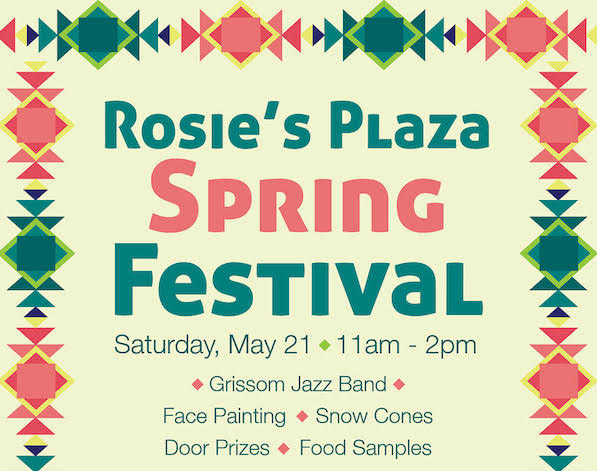 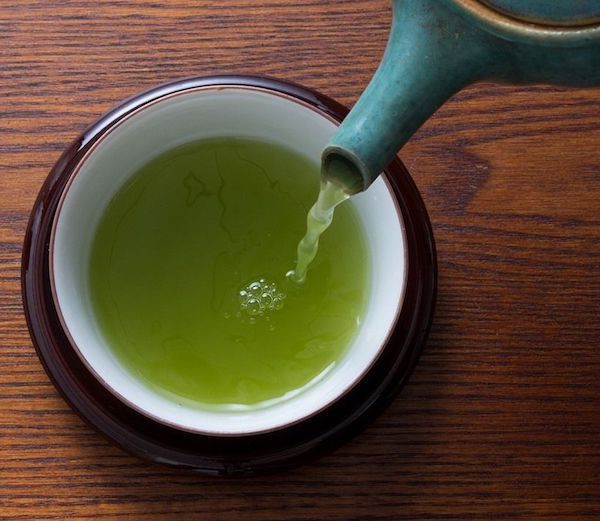